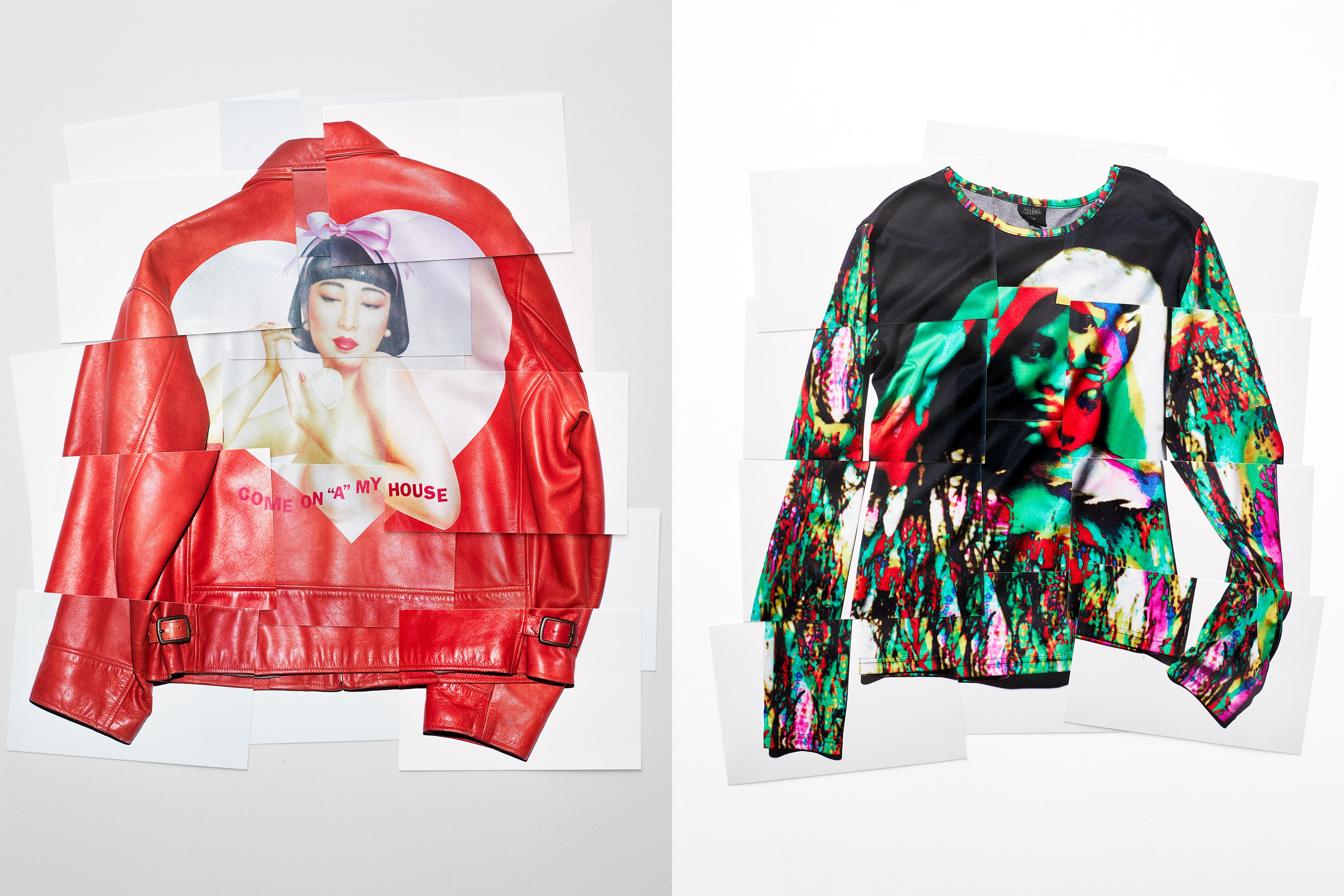 When he worked as the creative head of Dior Homme, Hedi Slimane slimmed down suits and ties and jeans at a time when men needed it most. “My passion for clothes was an unintended side effect of my fervor for music,” says Middleman cofounder Kyle Julian Skye Muhlfriedel. “Hedi dressed the soundtrack to my childhood.” The impact of Slimane on the indie-rock aesthetic that dominated the early 2000s cannot be overstated, which is why his autumn 2003 Luster collection is probably his most influential and collectible collection ever (including his time at Saint Laurent and now Celine). What made this a memorable piece from the runway show was its shimmering thread: The blazer explodes with luminosity when it’s hit by a flash.

The jacket that started it all. “It was always one of the most iconic Raf pieces from one of the most iconic shows,” says Casavant, who lent that very bomber to Kanye. “Before Raf was such a ubiquitous name, Kanye borrowed it and wore it for two months straight and made it even more iconic.” All of which created the fervor that led to the $47,000 sale of an identical piece. As a designer, Simons has been personally cited as an inspiration for Kanye, Virgil Abloh, and others who have channeled the disruptive energy of unsettled youth into fashion. The collection this bomber came from, titled Riot! Riot! Riot!, represents the direct and thrilling vision of Simons’s stylized, dystopian future—as well as our menswear present.

Fashion’s great anti-fashion designer Yohji Yamamoto has a singular aesthetic sensibility: black, drapey, androgynous. Yohji’s designs are somehow both instantly recognizable and perfectly anonymous. Which is why the very occasional colorful flourishes are so exciting. Widely considered to be his best and most coveted collection, shown in Tokyo in tandem with Comme des Garçons, the line included a series of leather aviator jackets featuring hand-painted pinup-girl motifs—a military reference made in response to the Gulf War. In true Yohji style, it is at once one of his most collectible designs and, for the uninitiated, one of the least recognizable as Yohji.

Miuccia Prada has ushered in countless waves in menswear, and her most prescient creation was Prada Sport, the diffusion line of technical and sporty apparel and accessories she launched in 1997—20 years before “athleisure” was even a word. A few years later she incorporated Sport pieces (similar to this body bag) into her mainline runway collection. It was a revolutionary move at the time, and today harness bags like this one are everywhere in menswear. “The minimal-to-no branding speaks to the humility of Miuccia’s work,” says Abid Khan, the London-based fashion dealer who owns the bag pictured and many others like it. “The focus is on the piece itself and not the brand associated with it.”

A version of this story appears in the Spring/Summer 2020 issue of GQ Style with the title “10 Grails From The Golden Age Of Men’s Fashion That You Can Still Wear Right Now.”

Megan Rapinoe 10 Essentials: The Soccer Star Has the Nike Plug

The Knicks Finally Won Again, and So Did Spike Lee