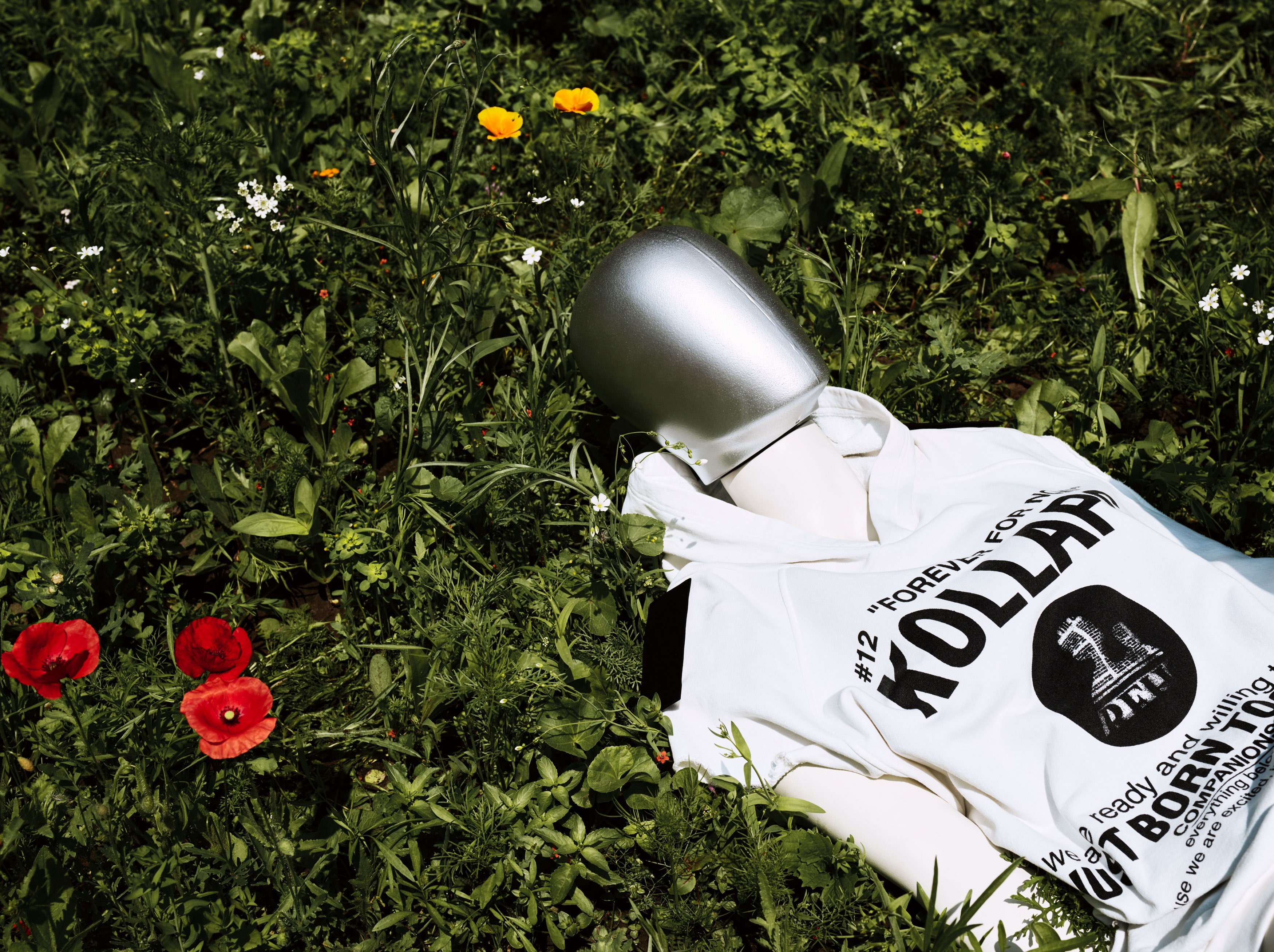 Raf Simons is one of the keystone designers of our current archival fashion movement, with his late-’90s coats and early-2000s sweaters collected like works of art—often demanding the prices to match. Now Simons is entering that market with a new project: Raf Simons Archive Redux, which will see the designer reissuing 100 classic pieces on the occasion of its quarter-century anniversary this year. “These garments reflect the shifts of time, highlighting pieces that have an instinctive relevance to the world of today,” reads the press release issued Tuesday morning. “There is no hierarchy or system to the choices: they are pure creative decisions.” In other words: This isn’t just about playing the hits. Perhaps you’ll see coats from the landmark Fall 2003 New Order collection, but you’re just as likely to see the flowing trouser from Fall 2005’s History of My World—one is a foundational grail-culture piece, but the other mischievously recharted the menswear silhouette at the peak of the skinny-trouser fervor.

The era of archival fashion has created an intriguing paradox for designers: On the one hand, it elevates their output as something much more than seasonal, asserting that fashion has power and meaning well beyond the brief period it appears on the runway and in stores. But it also creates a secondary market from which the designers don’t benefit, other than gaining the clout that comes with knowing that your collections from a decade or two ago are really hitting with people who are often too young to have seen them in their moment. The only people who make money on a Grailed transaction are the seller and the platform.

Designers have addressed that challenge in different ways. In recent years, brands including Versace, Prada, and Marc Jacobs have reissued archival pieces or revived previous seasons’ codes in their contemporary collections. This has been a particularly strong strategy for Prada, where Simons is now co–creative director. Decisions to revive those flame prints and the Prada Sport subline were not an effort to go “back to your roots, but to declare who you are,” Mrs. Prada told GQ late last year—in other words, helping consumers write the contemporary history of fashion. Simons is perhaps better versed in the archival movement than any other designer. In a 2017 talk with the designer at the Harvard Graduate School of Design, longtime Simons collaborator Sterling Ruby professed admiration for it: “I really like the Grailed phenomenon…. An entirely younger demo is looking at [clothing] from a collector’s perspective.” As the press release for Archive Redux puts it, the young generation that has made Simons such a hot commodity on platforms like Grailed embodies “a nostalgia for the unknown.”

Of course, like record collectors and car enthusiasts before them, real archival heads may insist that the reissue is nothing compared to the original thing. (Archival heads often forget that the context of a platform like Grailed is everything, making those O.G. pieces seem rarer than they really are. In 2016, I bought two tunics from Simons’s banger Spring 2014 collection for $150—total!—at the now-shuttered resale store Second Time Around, wedged between alice + olivia and Theory cocktail dresses. Lol!) But the unprecedented nature of the project could make the reissues collectible objects in and of themselves.

Imagery will be released later in July, and pieces will begin dropping in December of this year; meanwhile, Simons will present his Spring/Summer 2021 collection this coming fall.

This Is What We Call “Big Willie Style”